This simple game was written in C# using windows forms for the Advanced Object Oriented programming course. It demonstrates the use of the GDI+ API for C#.

The game is fairly simple, the user must dodge the asteroids flying towards their ship—using the WASD keys—for a predetermined amount of time. The quantity, size, speed and starting location of the asteroids is randomly generated. Once the user survives for the predetermined amount of time, the game’s level number goes up. The level number is then used to act as a means of making the game more difficult by using it in the formula that calculates the quantity, and the maximum speed of the asteroids. The game keeps running and the level number keep going up until the user runs out of lives which are lost when the user crashes their ship into an asteroid. 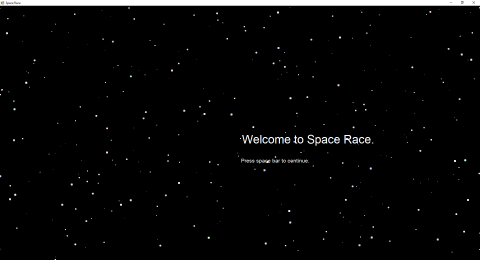 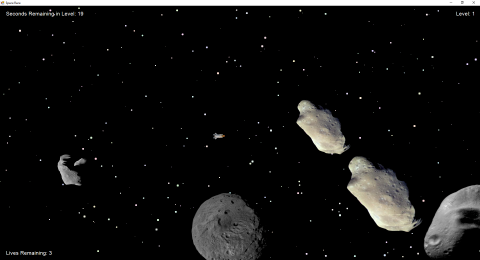 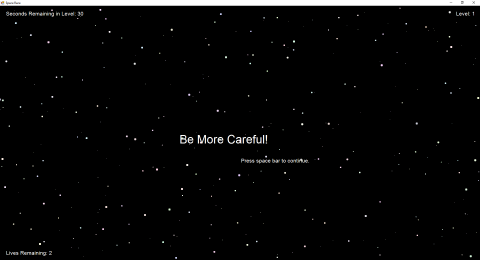