This simple game written in Java was an assignment designed to demonstrate polymorphism--including overloads and implementations--for the Introduction to Object Oriented Programming course.

The game is a simple player versus player format, similar to battles in the original Pokémon game, and consists of a simple user interface using Swing. Users first select their character and then select a defense object and an offense object for their character to use. They then must successfully complete a predefined number of battles with a small number of predator characters in a few different environments. With each battle, a random predator character and a random environment are selected. The predator characters' abilities are reduced dependent on the environment they are in. For example, the abominable snowman does not fare very well in the desert. With every successful round, the player's character earns coins which can be used to purchase better defense and offense objects. 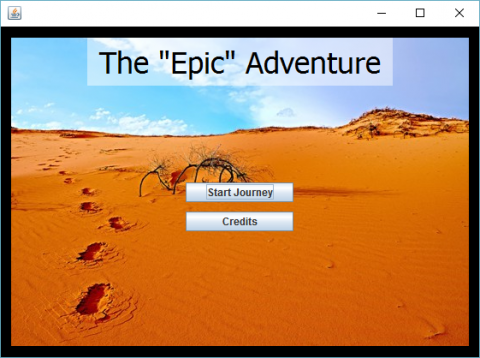 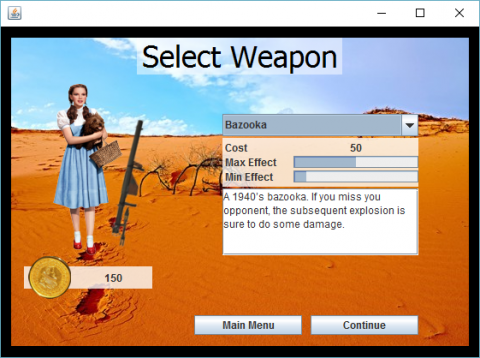 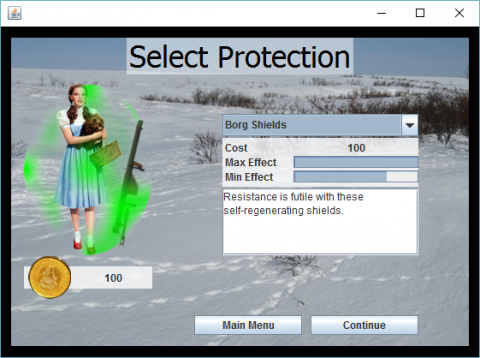 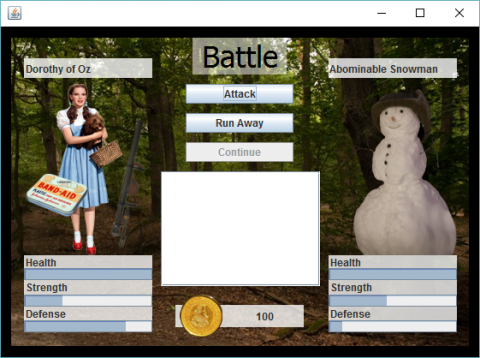 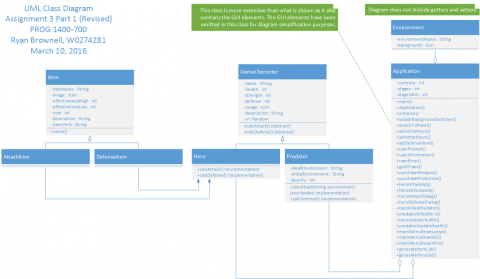