This personal project is running a on a Raspberry Pi next to my front door. It displays upcoming bus departure times for the two bus stops closest to my apartment. It draws on Environment Canada's Advanced Weather XML Feed for the weather information and draws on Halifax Transit's live data stream as interpreted by OneBusAway, an application that interprets the raw binary data provided by the transit agency along with scheduling data and converts it into either JSON or XML.

The live version of this app currently has hard coded variables controlling what information is displayed. I am currently working on a second version of this web app that includes a setup wizard, that will initialize the application's variables, including what bus stop(s) departure times are being displayed for and what city the weather data is being displayed for. The initialization data will be stored locally on the host computer's web storage.

This project is currently being actively developed and encounters occasional server stability issues. As a result, the publicly available version may experience intermittent service interruptions, particularly with the transit data. 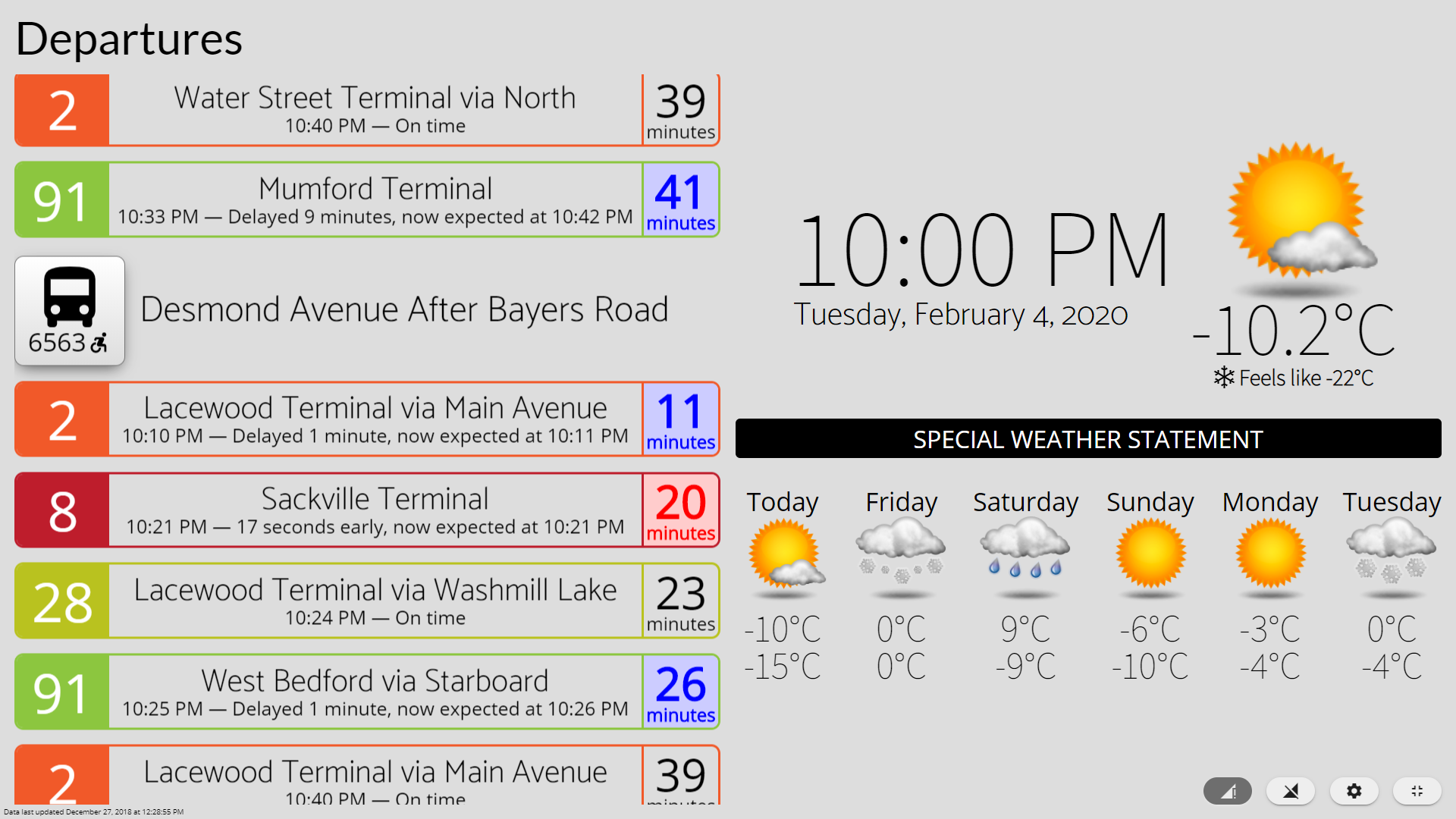 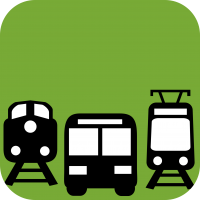