This final project in Introduction to C++ was designed to demonstrate polymorphic routines and pointer arrays. Since arrays are immutable once set, objects directly stored inside of them can not be added, modified or removed. As a result, establishing an array of pointers to pointers is required, as the value of a pointer can be modified to either be null or point to an object.

This program consists of one abstract superclass (organism) and two subclasses (humans and zombies). With every iteration of the program each pointer in the array is checked to see if an organism is referenced and then, depending on what kind of organism is located within that part of the array, the program executes one of several behavioral functions: 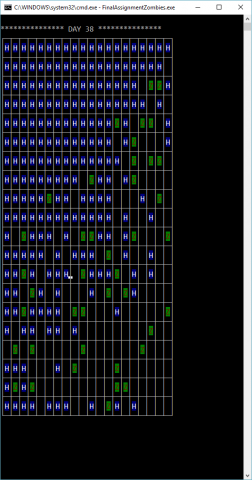 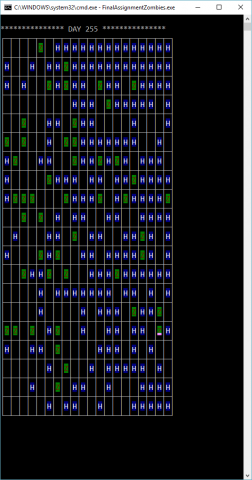 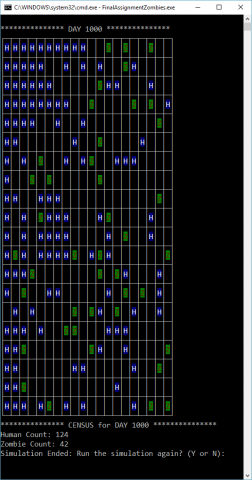